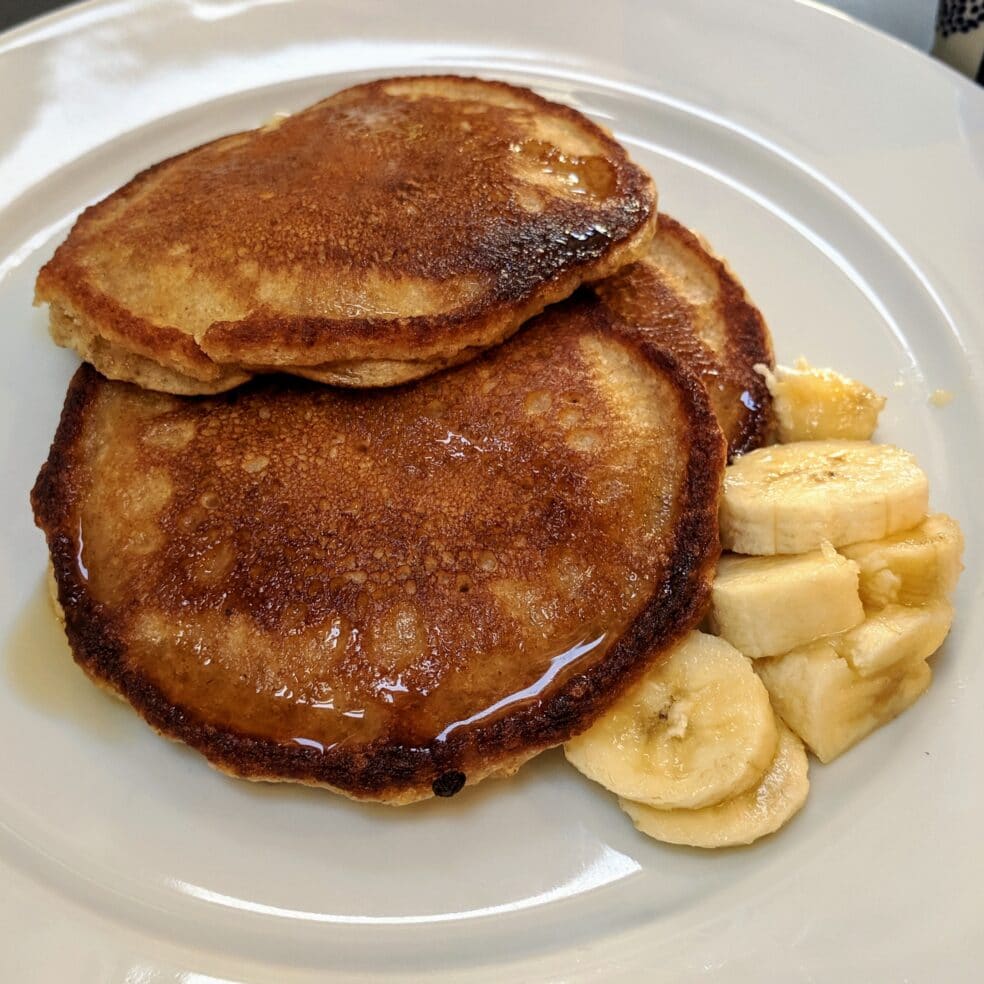 🥞 Featherlite pancakes – the lightest & fluffiest of pancake stacks around, also packed with protein!
🥜 We’ve done pancakes many times over the years, usually with banana or spinach or beetroot blended into the mix. But I really wanted to share these simple pancakes as they’re pretty special stuff..
They also happen to be a recipe from Rosa Parks which is pretty cool. It was found written on the back of an envelope in her writing amongst her stuff after she died. So it may not have been her original recipe but we’re going with the idea it is!
👉 They’d make a fab weekend brekkie, and as always with pancakes so fun to make with kids 👨‍🍳

Sift together:
1 cup flour (try half brown half white or even half buckwheat/half gf..)
2 tablespoons baking powder
½ teaspoon table salt
2 tablespoons sugar (we used 1.5 tbsp syrup)
.
Mix:
1 egg (swap for flax egg or 80g coconut yoghurt if egg free)
1 1/4 cup milk (you could use oat cream here)
1/3 cup peanut butter (smooth is best – try other nut butters if allergic to peanut, though the end result may vary)
1 tablespoon oil
.
Combine wet with dry!
.
🍌🍓 Fry tablespoon loads in an oiled frying pan and serve fresh with whatever you like! Keep extra in the freezer and reheat in the oven from frozen…