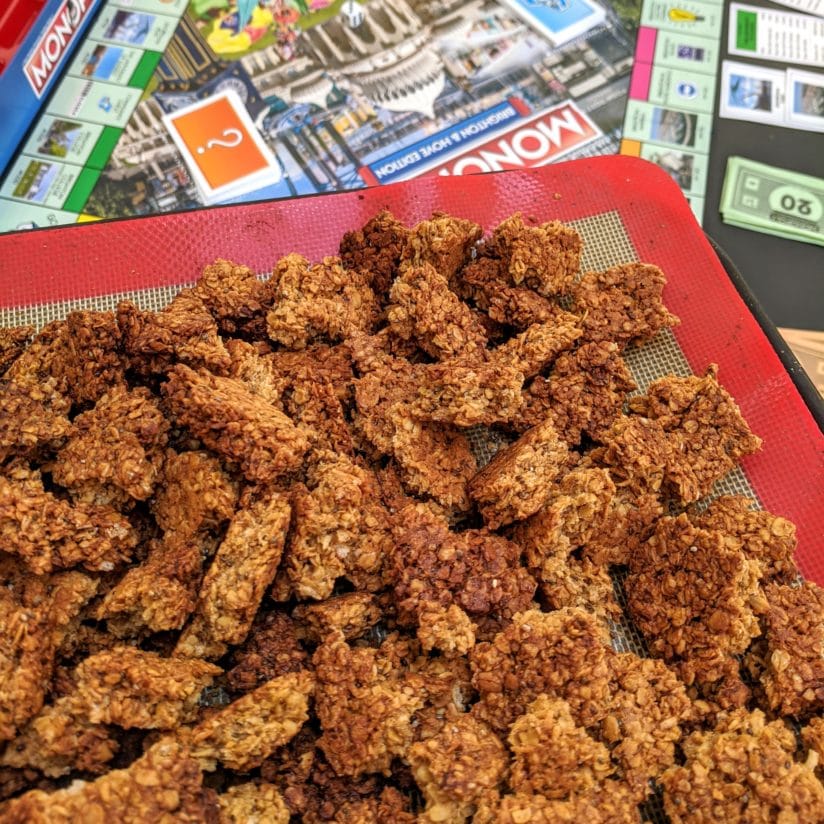 Homemade granola, it’s one of those things that is worth trying out at least once in your life! While rarely a cheaper way to make the crunchy snack than buying the shop stuff, it is a way to control the ingredients and have fun playing with additions that you might not find in the branded varieties. Also it’s pretty easy and a brill thing to cook with kids as it doesn’t have to be precise…

We’ve played with a few granolas over the years from chocolate to beetroot with many various grains and ingredients to choose from, making interesting tastes and textures.

For example you could play with:

This particular recipe is somewhere between granola and a crunchy chunk of biscuit, something good just to nibble on as a quick fix and delivers on flavour, protein and fibre!

One key tip: Don’t mix it up while baking, make sure it bakes as a solid layer then cool entirely before breaking it up to ensure it stays as clumps rather than separates!