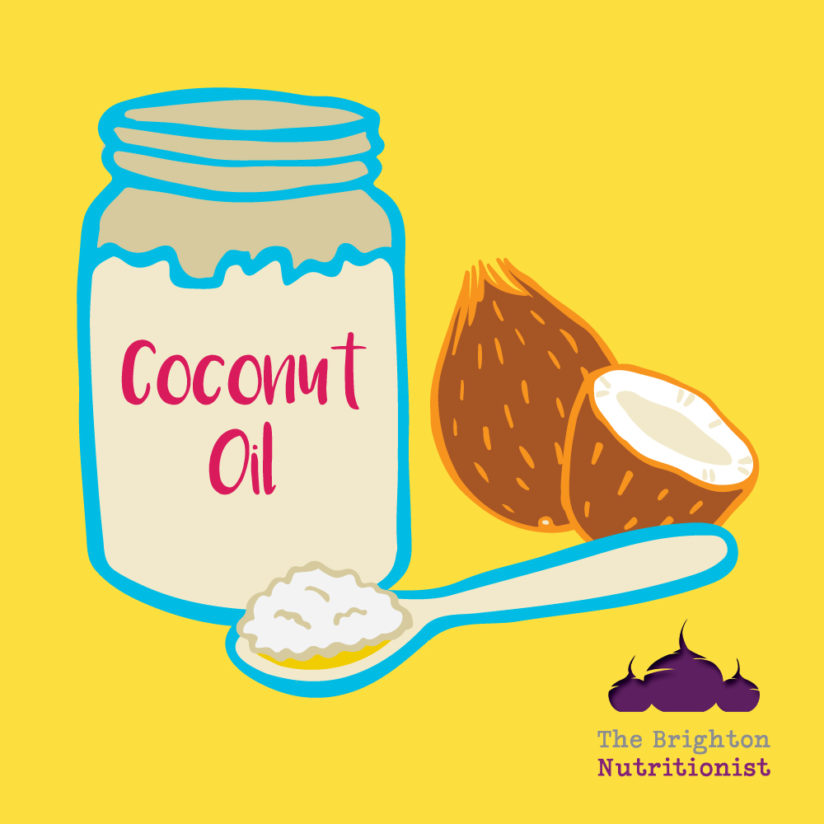 Fran aka The Brighton Nutritionist looks at the research and latest information surrounding Coconut oil, one of the most popular cooking fats in the ‘clean eating’ movement…

Before you spread it on your toast, put it in your coffee or face plant in it’s worth looking at the evidence behind the supposed health claims of coconut oil; miracle oil or snake oil?

Coconut oil has been credited, by some, with its ability to boost metabolism, reduce cholesterol, help with IBS and a whole host of other health problems.

Sounds too good to be true doesn’t it? Hmm, well you know the saying don’t you. The actual evidence is less clear cut.

Like many things in nutrition the argument has gone full circle; the coconut oil backlash has begun and only recently it has been blasted by a Harvard professor as “pure evil”. With such conflicting opinion it’s hard to know what to believe. From the best available evidence, I believe that whilst it may not be the miracle oil it was once thought it isn’t necessarily “bad” – as long, like all saturated fats, you use sparingly. So, enjoy it in your cooking and continue to prioritise heart healthy fats like olive oil and rapeseed oil.