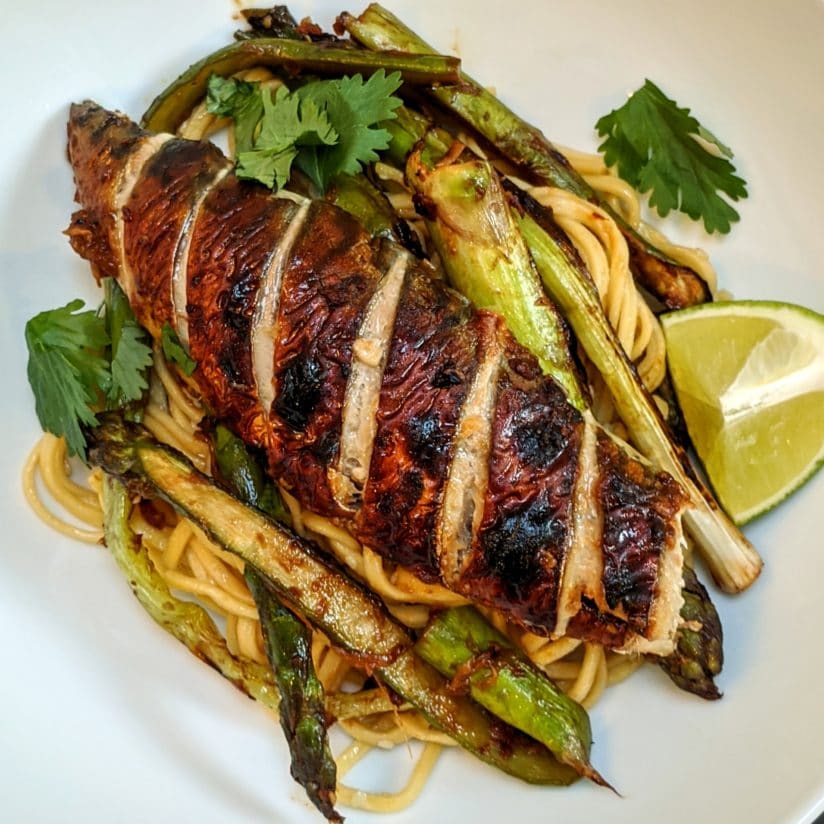 Umami, the fifth taste after sweet, sour, bitter and salty. It’s found in a lot of Japanese cooking and describes that flavour that combines sweet and salty with something else to make an addictive taste packed with real depth. You can add a spoonful of simple everyday ingredients to your soups, sauces and stews to get that little bit of umami – using things like a touch of vinegar, a little marmite or Worcestershire sauce, soy sauce or one of Japan’s amazing ingredients: Miso paste!

This amazing paste is made from soy beans that are mixed and mashed with salt and a form of yeast/bacteria before being packed into an airtight container and being left to ferment for months and up to years..and can be found in different forms such as white miso (sweeter) or brown miso (richer and more salty). It creates an amazing end result that forms the base of soups but can be added to tomato sauces, stews and in this case used as part of a glaze for fish & vegetables.

We use this glaze with oily fish such as mackerel but it works equally well with aubergine. The extra benefit of this particular dish is that it’s pretty low on cooking effort – you grill the vegetables alongside the fish in one baking tray, all coated in the glaze and serve with whatever you fancy (noodles coated in sesame oil for example, or steamed rice).