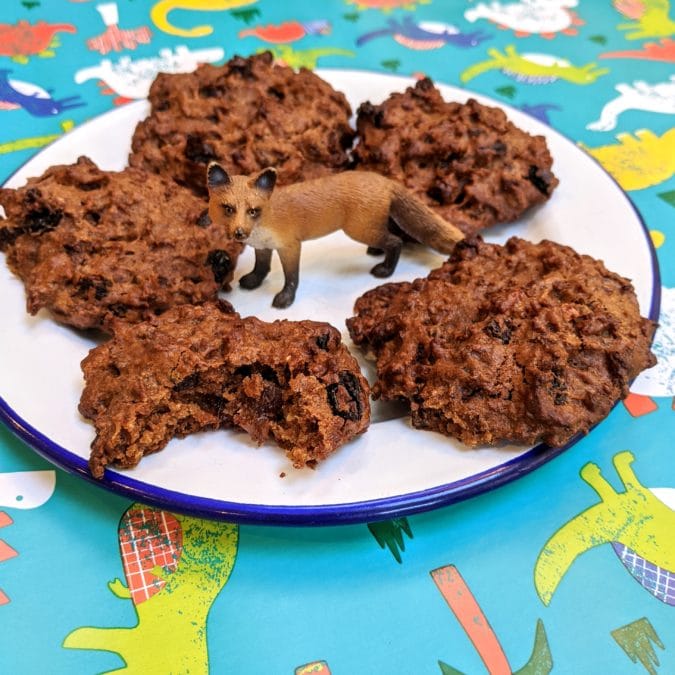 Over the years we’ve made variations of these cookies several times but they’re worth featuring again as they’re such a brilliant way of using up that extra bit of porridge. In our house we often measure out porridge slightly casually and occasionally there’s an almost portion amount left in the pan to sit there sadly waiting to be used/eaten/thrown away (noooo…)

It’s often a bit rough and ready putting together porridge cookies/bars but this batch were made with added apple, spelt, molasses sugar, spice and a load of dried fruit and the whole lot (aside from a few pulled quickly away from the rest to freeze for later!) were scoffed in a day by various family members/visiting children. Leaving cookies too long on a cooling rack does seem to mean they’re just so easy to snaffle as you pass by!

ps if you liked these, take a look at our other porridge style breakfast bars for a similar recipe, and try experimenting with your own flavour combinations like adding nut butters or different fruit & veggies like carrots!